I made what I thought was a tiny change to the code to fix a problem and now when I test on the Xbox the steady 60 frames per second (FPS) sometimes drops momentarily to 58 FPS.  This is not noticeable in game but I know it is there.

It demonstrates how close to the limit my current code is. 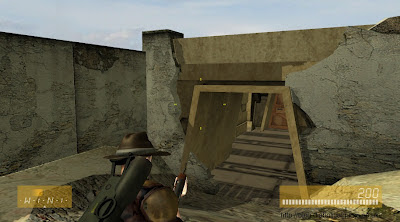 The change was required to fix a problem where a small model in some positions viewed from some angles would disappear from view.  It was either a bug in the frustum to sphere intersection testing code or I was just being over zealous with what I culled from the view.  Whatever the problem was, it was solved by increasing  the area used for testing what was potentially in the view.  The consequence is that more models are likely to be drawn each frame.

Those few extra models being drawn was enough in some places on my first level to tip the balance between drawing everything in 16.6 milliseconds (one frame) to not being able to draw everything in that time.

I'll tinker with the code to try to fix both problems.

...a bug in the frustum to sphere intersection testing code...?
time for tea i think x