The good news is that the level is deliberately within ruins.

I am very pleased with the models I purchased from Dexsoft Games.  I've edited and extended the set of ruins for my own use and I am pleased with how the first level is coming along. 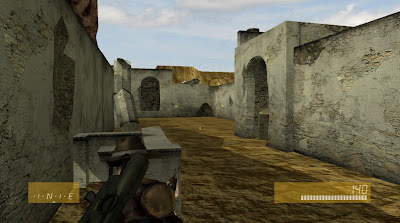 My wife's mum and brother came round for breakfast this morning and I could not resist showing Matthew, my brother-in-law, progress on the game.

I should point out that Diabolical is designed to be the type of game Matt and I like to play.  We have been playing coop shooters together for many years.  When we lived next door to each other and prior to Internet gaming being popular, we had a network cable strung between our houses to play anything we could that had some form of network game.

Back to today.  I was very pleased that not only was my code in a fit state to test on the Xbox 360 but we had great fun shooting at each other.  As my current test level only has one alien Bot at the moment the coop bit only lasted a few seconds.  After that we just kept shooting each other, dying and selecting to respawn. 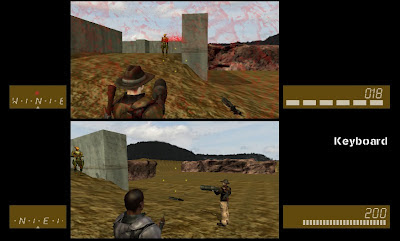 Split screen play meant that hiding was not possible but the rather sparse test map has more than one path to everywhere so while one was distracted with chatting the other one of us would take advantage.

It was fun and everything worked without a crash or a glitch.  It was a shame I haven't got further with the maps but next time I hope to have a finished or near finish level.

For some time now I have been creating models, buying models and starting to put them in to a form I can use in a game level.

It's taken me a bit longer because when I changed the game to run the update in a separate thread it broke the level editor! 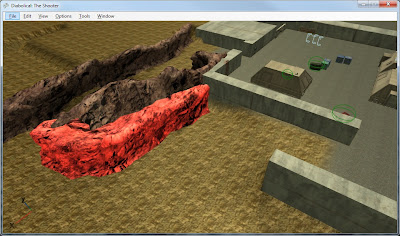 I've now fixed the editor and slightly improved it so I can get back on with building the maps.
Posted by John C Brown at 15:26 No comments: