I'm doing more and more of my level design within Blender.  The process is much quicker.  I can import nearly any model type and line it up as I want then export to a single FBX file for use in the game's pipeline.

I slightly changed my XNA code to sort models at the mesh level rather than the model level so I can load FBX files containing multiple models and multiple meshes.  So far it works well.

In the process of doing this I notices that most models use a suffix to the texture name to indicate if the image is the diffuse texture or a normal map or a specular map etc.  I had been using a prefix.  I don't know if it will be useful in the future but I decided to do the same as everyone else before I had gone too far.

When renaming the UV map in Blender you need to be aware that the name of the texture on disk and internal name used by Blender are not necessarily the same. 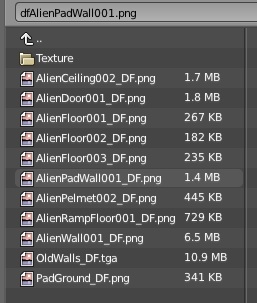 When you replace the image you can see the old name used which will not have been renamed.

To ensure that the name used in the FBX export and the name on disk and the name within Blender are all the same I do the following: 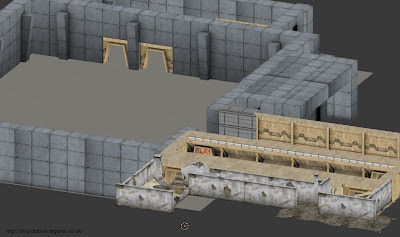 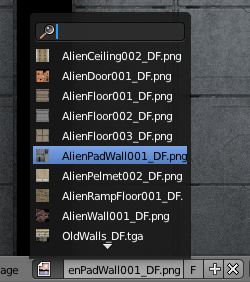 You can just type over the old name with the new name and hit return.
The final crucial bit is to...

I use the same file name as the name shown in Blender. 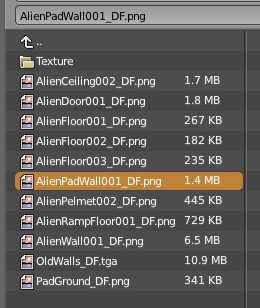 In my opinion having the same name throughout saves a lot of confusion when transfering the exported FBX file and the textures for use in the XNA pipeline.