I've had a busy time working on the shadows and failing to make the results of my shaders quite as pretty as I would like and still get them to run on the Xbox.  That has made me realise I am unlikely to get enough spare GPU resources to add Screen Space Ambient Occlusion (SSAO) as a post process to make things look even prettier.

That led me back to some thoughts I had in the back of my mind that I should be baking more in to the textures at design time so I am doing less work at runtime.  I write code so I prefer a technical solution to problems rather than a pure artistic however there comes a time when even I have to admit defeat.


Bake
This is the term used to describe fixing a machine calculated effect in to a static texture. The modeling or graphics programme calculates some pattern which can be changed and tweaked by the artist until they are happy with the result. Once they have the final version it has to be merged in to the product, usually a texture, so that it can be viewed or used outside of the programme that generated it.

It only took me two minutes of searching to find instructions and tutorials for Blender to create the Ambient Occlusion (AO) effect and to bake it in to the UV wrapped texture.

There were loads of links here are just a couple:

I used some bits of the tutorial to do the following:

The process was very simple:
It might take a minute or two depending on the complexity of the model and how fast your computer is. 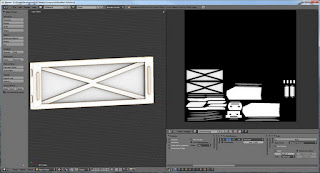 The result a model showing just the shaded areas.  Now I need that and the diffuse texture together. 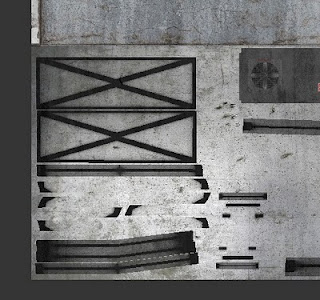 Now I have a textured model with shading. 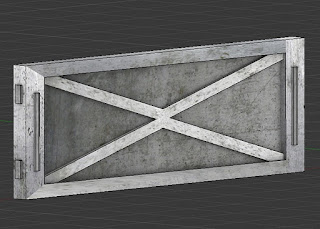 Just what I was after.

The advantage of using AO is that it is independent of the lighting in a scene.  It is actually completely fake, it is an artistic effect, there is no such thing in the real world.  It makes things look more 3D.

I will be using this on many of the models in the game.
Posted by John C Brown at 10:41